The year-end stats are in and... you are still more likely to die of heart disease or cancer

I did this for the UK in this blog entry, and I will include the USA, World and multiple other countries in the next articles. I compared the figures to other leading causes of death for perspective.

I projected 80,000 in my previous blog entry, using the assumption that there was another peak in deaths of a similar size. 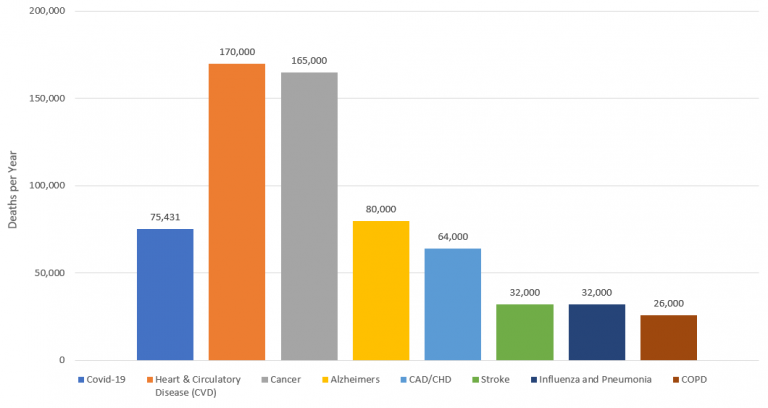 Figure 1. above shows us we were over twice as likely to die from cancer or heart disease in 2020.

It is worth remembering that other causes of death are year-on-year. On the other hand, virus outbreaks are known to be much more short-lived. Therefore, since 2000, there could have been as many as 3.3 million deaths from Cancer and 3.4 million from Heart Disease. Add another 1 million from Alzheimers and there is a total of 7.7 million deaths from just three causes of deaths since the year 2000. This dwarfs those from virus outbreaks. 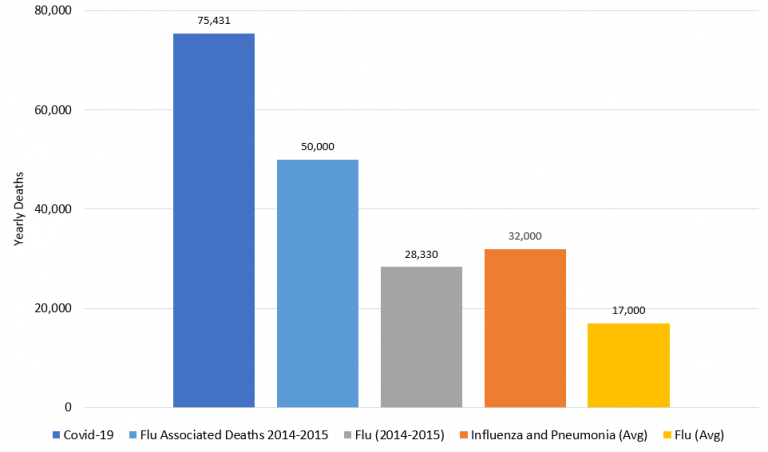 2. Adjusting for bias in attributing deaths to Covid-19

These figures could be over-estimates of the fatalities actually caused by Covid-19. As I explained in a previous entry, there are problems with how deaths are attributed to Covid-19 in the UK. One study from Romania suggested only 37% to 55% of deaths officially attributed to covid appeared to actually be caused by it. It showed that a further 20% to 28% were accelerated by weeks or months. That left 17% to 27% of deaths actually caused by Covid-19.

The UK has a different protocol for classifying deaths, which means around 80% of fatalities with Covid-19 have it as the cause of death, compared to near 100% for Romania as suggested by The WHO. Therefore, when correcting the above data I will use a percentage 15% higher than those found in the Romanian study. The upper and lower limits for percentages of deaths which were actually caused by Covid-19 are therefore 70% and 32% respectively.

Figure 3 and Figure 4 are versions of the above graphs that include the adjusted Covid-19 death figures using the upper and lower limits as explained above. 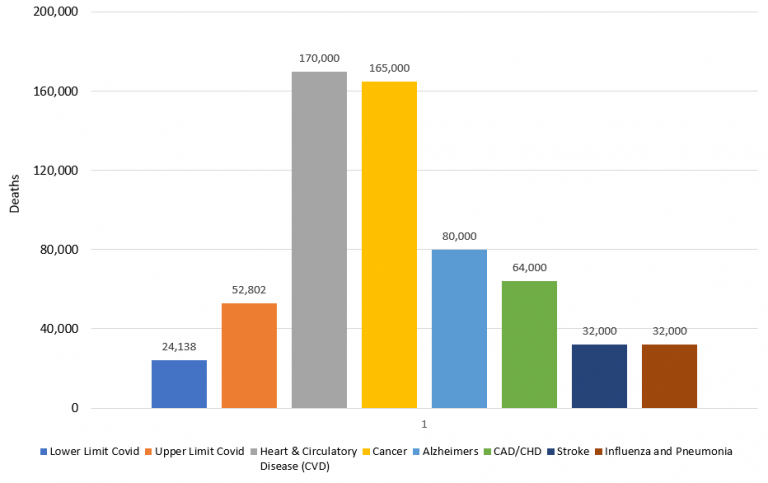 Figure 3. Covid-19 deaths, adjusted to address the fact that a percentage of deaths were found in a study to be not caused primarily by Covid-19. We used an upper limit of 70% and a lower limit of 32%. These were obtained by adding 15% to the figures from the Romanian study which is explained in my previous post. It gives us a range of Covid-19 deaths which are more accurate than the official figures. 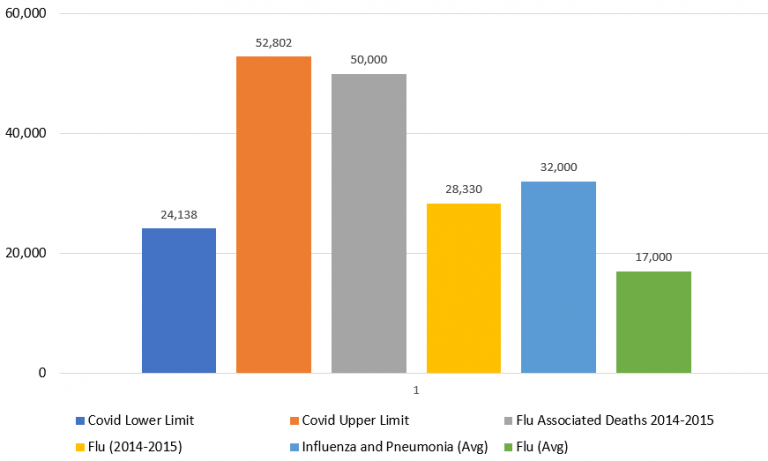 Figure 4. Upper and lower limits of adjusted Covid-19 deaths in 2020 compared with Flu. The range for covid deaths in 2020 looks very similar to the numbers found for flu in previous years.

It is important to note that the comparison figures are constant, i.e they are causing that number of fatalities year after year after year. In contrast, virus outbreaks such as the current pandemic, are short-lived.

Also worth consideration is that many of these problems also have a significant and lasting effect on people’s lives. For example, nearly two thirds of stroke survivors in the UK leave hospital with a disability. Globally, of the 15 million people who suffer a stroke every year, over 5 million die and 5 million survivors are left permanently disabled.

This coronavirus is a novel virus against which our bodies have not built up immunity, meaning it spreads very quickly among us. There is still a large amount of uncertainty how many people have been infected, which means it’s hard to effectively model the true ‘death rate’ to properly assess how dangerous it is.

Using the figures in this study, it highlights the need to take hysterical and over-dramatic reporting of the virus in many media outlets with a pinch of salt. This is not, by any means, saying it is not a nasty virus. It is. But we need some perspective and scale to be able to create logical and level-headed exit strategies that help as many people as possible.

There were 28,330 deaths as a direct result of flu in 2014-2015, even with a vaccine which stops it spreading rapidly through society. Another ~20,000 were linked to the outbreak. The numbers seen here from Covid-19 are not spectacularly different.

The reason why Covid-19 has caused such a stir is probably partly due to the rapidity with which it spread through society. However, the transmission rate and death rate are two very different things, but they are two concepts that are often mixed up in public discourse.

Start by lifting the restrictions on the young and healthy. The likelihood of developing a severe infection if you are of good health and under 60 is tiny. Following articles will present the statistics for Covid deaths and hospitalisations split into age.

There should also be much more choice given to those in high-risk groups, with regards to whether they want to take a risk with their health or not. They have the choice in normal society to do what they want with their body. They can eat and drink in huge amounts, becoming obese. This in itself comes with a huge amount of health problems, including heart disease, diabetes and cancer. This causes many deaths and a large amount of strain on the NHS. In short, if people do not want to run the risk, they should be allowed to stay at home until the virus has spread rapidly through the rest of the population.

The rest of the population should act as a shield for the vulnerable and elderly. We should do this while practicing techniques which limit the spread of the virus to these high risk groups. This includes washing your hands regularly.

Do you think this gives a good perspective? Leave your comments below.

All Posts »
PrevPreviousCovid-19 Part 18:
‘Avoid board games at Christmas’ – a year ago this would have been ridiculed, but now we just sit back and take it
NextCovid-19 Part 20:
2020: Covid-19 vs other causes of death – US VersionNext